Should Gay & Lesbian People Be Allowed To Get Married? Stupid Question Right?

In a recent decision made by the High Court Of Australia, the incumbent government of Australia has been tasked to ask enrolled voters to make the decision of whether or not gay & lesbian people can legally get married. The vote is not compulsory and will be conducted by post. This is being used as a plebiscite which differs from the usual referendum in the fact that it does not affect the Australian Constitution.

Because the vote is not compulsory (like it would be if it was a referendum,) many legal experts have raised fears about whether or not the vote can be trusted.

Constitutional law experts raised fears about whether the outcome of a voluntary postal survey could be trusted.

Professor George Williams said there were experts in our country whose job it was to conduct sensitive national votes, but those experts were not the Australian Bureau of Statistics (ABS).

“It’s a body that fulfills a different set of functions,” he told the ABC.

“I was mystified by it. I’m still finding it hard to understand why such a sensitive, contested process wouldn’t be left to the experts within government — that’s what the AEC [Australian Electoral Commission] does.”

The debacle with the ABS-run census has Professor Williams worried. He said “this could go very wrong” if the ABS has to cobble together a roll-out in a short space of time.

The government is currently trying to lay the foundation for legalities and persuasions  for the T.V. promotions for and against which are about to ensue. 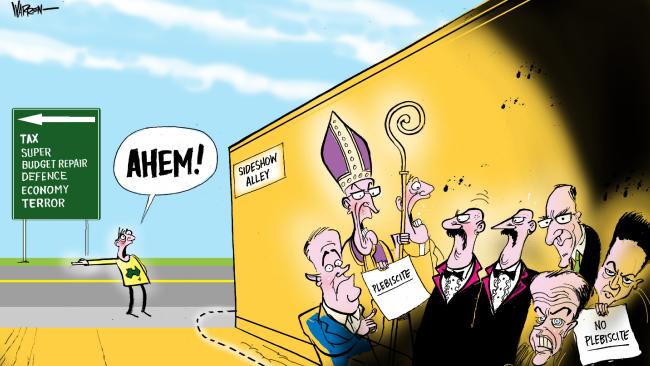 Regardless of the non compulsory  postal plebiscite outcome, the fact will still remain that people who love each other like to confirm their commitment via the age old institution of marriage.  Right?

People have been making ceremonious commitments of monogamy  long before any of the religious icons such as Christianity, Islam and any other popular moralistic religion even existed.

The ancients in many cultures have been celebrating the love that two human beings can share for aeons!

Even ancient Pagans practised a rights of passage similar to marriage.

The fact that having a plebiscite means that what ever the outcome of the non compulsory vote… The Australian Constitutional Laws will not be changed. This goes against the “Anonymous” video below that predicts that the legal and social structures or landscapes of Australia will be permanently damaged for the worse?

Everyone is entitled to their opinion and we will be in for a very interesting few weeks indeed!

The Truth About The Same-Sex Marriage Plebiscite In Australia

In our opinion “If it doesn’t hurt anyone… Who cares?” I think that two consenting adults should be able to have a grand old wedding then receive the very legal document “Certificate Of Marriage”

What do you think?