Who would have thought that a call out for a blocked drains Brisbane could have been as scary as this one! Tap King Plumbing Gold Coast (blocked drains Gold Coast) got the fright of their life when they attended an emergency plumbing job on Brisbane’s Southside.

We come across some pretty unusual stuff when doing this work… but this takes the cake!

Some of the things that can block up drains is unbelievable. People flush stuff down the toilet that needs to be put out with the rubbish.

The snake turned out to be a brown snake which just happens to be the second most deadliest snake in the world! 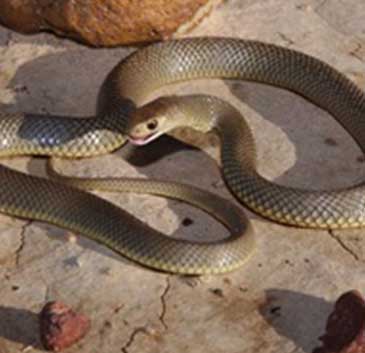 Nobody was hurt during the removal of the snake and the snake was rescued by wires a wildlife rescue group in Brisbane.

Snakes start to become active during the springtime, so it is not uncommon to see them out hunting after a long period of hibernation during winter months.

Be on the look out for snakes around Brisbane at this time of the year. Brown snakes can be extremely aggressive when disturbed, so if you see any kind of snake stay clear!